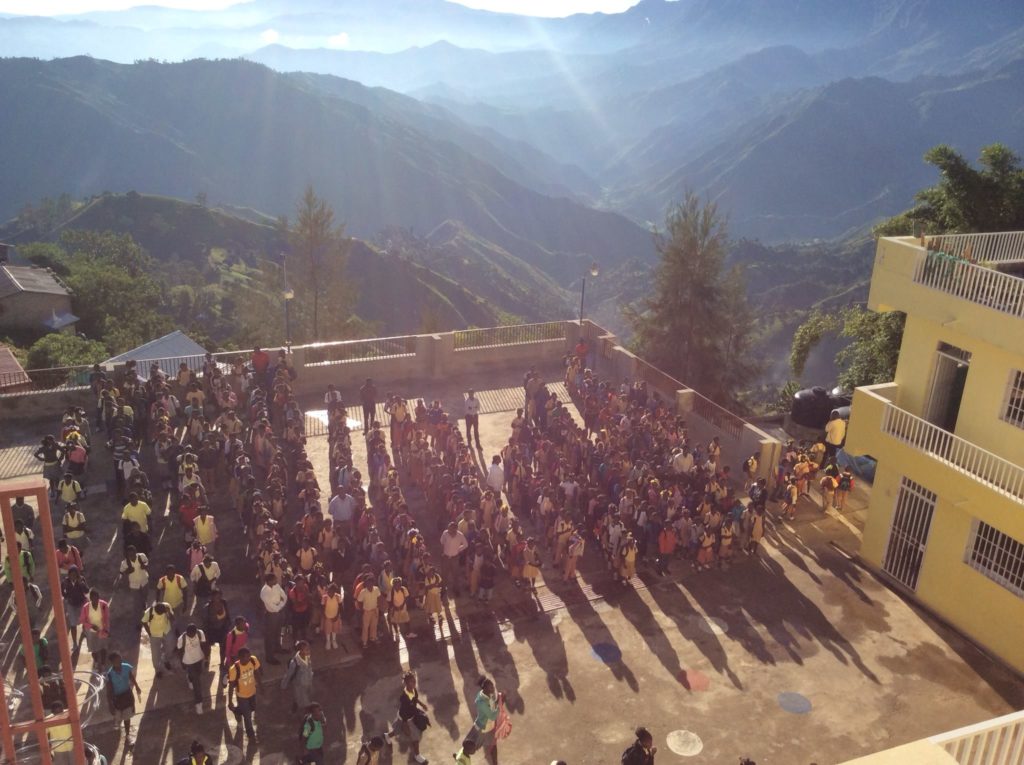 A little background information on the foundation:

Since 1995 Marijke Zaalberg has been working in Haiti, a country malaised by political unrest, violence, corruption, natural disasters and extreme poverty. Convinced that education is the beginning of the end of poverty, Marijke founded SNSH in 1998. She simply started with a single class in the living room of her rented house.

SNSH is a small, non-profit organization that relies entirely on donations and gifts from individuals and (mostly small) businesses. Costs are kept minimal and Marijke doesn’t even get paid, but is a volunteer.

Yet, as I write this, Marijke’s beautiful initiative currently has 2 custom-built school complexes that accommodate 800 pupils in primary and the first three years of secondary education. The schools are located in a mountainous region 45 kilometers south of the capital Port au Prince. 80% of the local population in this area is still illiterate, which often leaves them unemployed and void of income.

Besides education, the foundation offers medical and emergency care. As poor parents often struggle to feed their families, each pupil also gets one wholesome meal a day.